The lawyer accused of corruption, the former Prime Minister of Malaysia himself became a defendant in the case
Skip to content

Tang Si Shafi Abdullah, a prominent lawyer, was charged with two counts of money laundering at a trial in Jalan-DUT.hr

The charges associated with the payment of RM 9.5 million received from the former Prime Minister, Najib Razak , has been filed in accordance with section 4 (1) (b) of the Act on combating money laundering and the financing of terrorism 2001, reports NST. 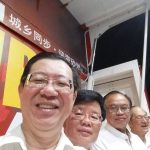 Shafi was also charged under the income tax Act: allegedly, the lawyer filed false information with the internal revenue Board without including the tax return for the year. The lawyer Cleverly pleaded not guilty to all charges.

Shafi allegedly participated in money-laundering activities, receiving proceeds from illegal activities through two cheques belonging to Najib for a total of 4.3 million ringgit and 2 million ringgit. The crimes were allegedly committed at CIMB Bank Bhd.

On other charges, Shafi is alleged to have committed acts contrary to the income tax Act 1967, as he omitted the income he received on 13 September 2013 in the amount of 4.3 million ringgit, and in February 17, 2014 in the total amount of 5.2 million ringgit.

Deputy Prosecutor of the Malaysian anti-corruption Commission (IACC) Ahmad Akram Garib provided a sub-statutory order in the amount of 2.5 million dollars. The judge then allowed Shafi to be released on bail of RS. 1 million and ordered Shafi to surrender both of his passports to the court before the case was resolved.

The judge also allowed Shafi’s lawyer’s complaint for half of the bail amount to be paid today and the rest for September 18.

Shafi told reporters that the charges against him were an act of “victimization”. 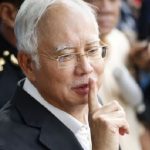 Recall, Najib Razak himself is accused of breach of trust, abuse of power and money laundering in the amount of 42 million ringgit. The money was reportedly transferred to his account from SRC International, a former branch of 1MDB. Najib explained that this practice was normal for the President of the omno party with regard to party donations and assets, including the transfer and payment during elections.