A clear majority of 77% of Australians claim that the Federal government should establish a National office for crimes investigation of labor unions and large employers who pay workers below the norm of remuneration, reports on the organization’s website, Roy Morgan. 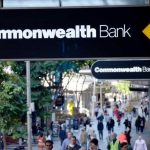 Many Australians have mentioned the possibility of corruption involving politicians and government because of their ability to sell influence and direct public money to their advantage.

The corruption aspect, which has been widely used in state anti-corruption commissions and has often been raised by corruption-related respondents, with developers buying politicians and trade unions, for quick approval of their projects and even against local regulations. 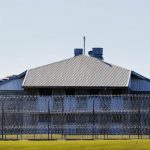 You may also like Corruption in Qld jails to be examined

Gary Morgan, Executive Chairman of the Australian research company Roy Morgan Research, said: “Australians overwhelmingly (90%) are in favor of the creation of the National office of crimes, which will investigate corruption in the Federal government, trade unions and the private sector, similar to the state anti-corruption bodies such as ICAC (Independent Commission against corruption) and IBAC (Independent, wide-ranging Commission against corruption). According to him, the success of the ICAC and IBAC in uncovering corruption in their respective States and the high level of public support expressed in the creation of a Federal anti-corruption body are based on the public perception of corruption in Australia.”