Former mayor of Alma-ATA Viktor Khrapunov and his wife were sentenced to long prison terms in absentia on charges of corruption. The defendants themselves, who are in Switzerland, call the sentences politically motivated.

At the hearing on October 8, the court in Alma-ATA found Khrapunov and his wife Leyla Khrapunova guilty of organizing a criminal group, financial fraud and bribery. Khrapunov was also found guilty of abuse of office and illegal privatization of property belonging to another person, reports Rferl.

The court sentenced Khrapunov to 17 years in prison and his wife to 14 years. Areal Ayar Ilyasov was sentenced to five years in absentia on similar charges.

Nine other defendants, most of whom were former Khrapunov subordinates, pleaded guilty at trial. The court ruled that they would not be punished.

Khrapunov was the mayor of Almaty from 1997 to 2004. He was later appointed Governor of the East Kazakhstan region, but was dismissed in 2007 and worked for a short time as Minister of emergency situations.

Khrapunov and his family moved to Switzerland in 2007 after a scandal with land plots, which he accused of illegal distribution during his tenure as mayor. 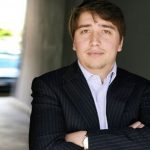 Khrapunov dismissed the charges against him and his wife, saying they were politically motivated.

Khrapunov’s son, Ilyas Khrapunov, is married to the daughter of the fugitive Kazakh magnate Mukhtar Ablyazov, a critic of President Nursultan Nazarbayev.

Ablyazov has lived in exile in Europe since 2009. He was tried in absentia in June 2017 and sentenced to 20 years in prison on charges of organizing and leading a criminal group, abuse of office, embezzlement and financial mismanagement.

Ablyazov has also declared his innocence, calling his trial a politically motivated one.