The International Arbitration Court issued a ruling on a fine for the Brazilian state-owned company Petróleo Brasileiro S.A. ( Petrobras) on the suit of the American company Vantage Drilling. 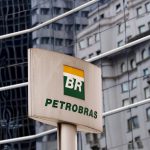 This penalty was another blow for Petrobras, the world’s largest oil company. It is noteworthy that a few days ago the company lost the lawsuit on wages. The Labor Court of Brazil voted for workers seeking higher wages. This was the largest legal process that the company faced in the Brazil Labor Court, which is expected to cost the company 4.5 billion dollars.

June 22, it became known that the federal court in New York approved a group suit against Petrobras. According to the court decision, the company must pay almost $ 3 billion to US investors affected by the corruption scandal inside the firm.

It is a question of commissions, which some functionaries received for signing the contracts. Recall that in 2017, former Brazilian President Luiz Inacio Lulu da Silva was sentenced to 9.5 years in prison, including for illegally received 747.8 thousand dollars from the construction company OAS in exchange for assistance in obtaining contracts with Petrobras . In addition, 11 years old received the former president of Petrobras Aldemir Bendini, found guilty of corruption and money laundering.