Former lawyer President Trump Michael Cohen became involved in the case of fraud: the Prosecutor’s office is investigating his possible fraud with taxes on $ 20 million.

The New York Times, citing its anonymous sources, reported that the investigation is related to loans received for the development of the taxi company Cohen. Bank credits subject to review, was provided by Sterling National Bank and Melrose Credit Union Melrose, reports the Times. Investigators are examining, did a former lawyer of the President of the United States Michael Cohen false data about their assets. They also examine how he paid the income from the company’s profits and whether he reported it to the tax authorities. In addition, the investigators also considered the question of whether he violated Cohen laws on campaign Finance. 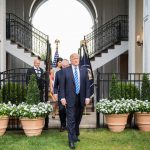 You may also like Abuse of position or business: Trump gives discounts on purchases at his Golf club to White house employees

So far, the former personal lawyer Trump has not been charged. However, prosecutors can submit an indictment before the end of August, two sources told the publication.

52-year-old Cohen has worked for more than ten years in the company of the President of the Trump Organization. He was one of  Trump’s most dedicated and prominent aides. He was under investigation for several months. In April, Federal investigators in the southern district of new York seized about 4 million files from Cohen’s home, office, and hotel room. 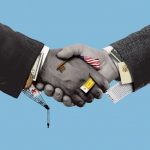