Baron Karel Pinxten from Belgium, the former auditor of the European Union suspected of the inappropriate spending of approximately 500 thousand euros. EU anti-fraud investigators have accused a former high-ranking official in the EU structures of abusing state assets and resources.

“The investigation of OLAF (internal financial police of the EU), revealed the abuse of assets of the European court of auditors, as well as violations of ethical obligations,” — said the representative of the press service of the EU financial police. Official reports do not contain details and explanations of what kind of violations of “ethical obligations” says the investigation. It is suggested that the independence of the decisions of Pinksten and the court of auditors could be compromised. 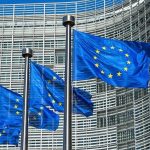 According to the publication BuzzFeed, the EU auditors gave OLAF some incriminating Pinksten materials provided by unnamed sources, in the autumn of 2016. The search in the office of the suspect was carried out only a year later, in 2017.

The European court of auditors, of which Pinksten was a member, is a unit designed to control the expenditure of the EU budget, it is called “guardian of EU Finance”. Each country of the Union delegates to the auditors one authorized person. Karel Pinxten was represented Belgium at the court from 2006 to 2016. In 2015, king Philip of Belgium granted him the title of Baron, and in 2017 he was rejected as an auditor by the deputies of the budget Committee of the European Parliament.

“We can confirm that we have received a report from OLAF regarding a former member of our court. For any civil servant it is absolutely unacceptable to abuse their position to obtain financial benefits, and we are deeply concerned about the illegal use of the money of European taxpayers,” – said the representative of the press service of the court. 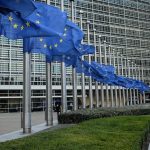