The former head of the government was sentenced to 10 years in prison and a fine of 8 million pounds. The decision was issued a year after the Supreme Court of Pakistan disqualified him for his inability to declare his source of income. The case was initiated after the publication of the so-called” Panamanian documents”, which revealed an expensive and undeclared property in London owned by the family of Sharif, New York Times reports. 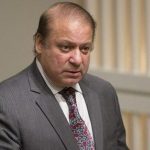 The daughter of Sharif Maryam Nawaz and her husband Muhammad Safdar were also convicted. The daughter of the former Prime Minister was sentenced to seven years in prison and a fine of 2 million pounds, and Safdar – to one year in prison. The court also ordered the seizure of the four apartments of the Sharif family in the Avenfield House, a luxury building near Hyde Park in London.

Sharif, his daughter and son-in-law deny all corruption charges. However, the Supreme court concluded that he and his family could not adequately explain how they could afford expensive apartments in London and that they could not provide a cash trail. 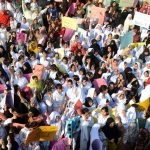 You may also like Teachers protest against ‘corruption’ in SALU

Currently, Sharif and his relatives are abroad, and experts doubt that they will see them in the near future. The whole family is in London, caring for the sick wife of Sharif, who suffers from a serious illness.

Nawaz Sharif, speaking to reporters in London, said he plans to return to Pakistan and is ready to go to prison, trying to free the Pakistanis “from slavery imposed on them by some generals and judges.” However, he did not say when he would return home. 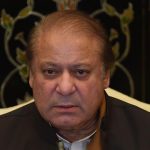 You may also like My hands are clean, claims Nawaz after accountability court hearing

Recall, and last September, the National Accountability Bureau (nab) filed three lawsuits against the family of Sharif, accusing them of corruption. The reason for the proceedings was the decision of the Supreme Court of Pakistan (Supreme Court) of 28 July 2017, based on the Panama Papers Published in April 2016. Due to a known leak, it became known about the family-owned companies of the then Prime Minister, including Al-Azizia Steel Mills, offshore Flagship Investment Ltd and several properties in the Avenfield area of London.