Member of the city Council Clinton Township Dean Reynolds found guilty on fourteen charges of bribery – this decision was taken by the jury.

During the trial, it was stated that Dean Reynolds received a bribe in the amount of 150 thousand dollars from representatives of the garbage company Rizzo Environmental Services, which belongs to the family clan of Detroit scavengers Rizzo – father of Charles Rizzo and son of Chuck Rizzo, reports michiganradio. 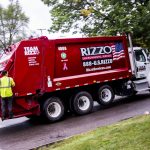 According to the investigation, Rizzo, Jr., was the intermediary that brought the Reynolds bribes from the tycoon of Fiore Gasper (Gasper Fiore), standing at the head of the Trumbull Towing, in exchange for which the company Fiore received city contracts. Also among the bribe-givers was partner Giffels Webster Engineering Pauline modi. All three admitted that they were part of the corruption chain.

Reynolds rejects any accusations, claiming that the money and other gifts he received were personal loans from friends. But it took the jury about an hour to charge him. Now Reynolds is in danger of going to prison for more than 20 years.

During his final statement to the court, U.S. attorney assistant Michael Bullotta looked at the jury and said, “your screen is the face of public corruption.”

As stated in the course of the trial, the prosecution largely relied on listening to phone calls and secret videos of Reynolds.

Steven Rabow, who represented Reynolds, tried to draw the jury’s attention to the guilt of another defendant in the case – Chuck Rizzo. “Chuck Rizzo’s no better than a thief. … I think he’s manipulating the whole thing, ” Rabau told the jury during his final statement. We will note, Chuck Rizzo who was one of the Central figures in scandal, was sentenced to imprisonment for 66 months in Federal prison. Prosecutors asked to award a term of 75 months, and the defense demanded less.

The final statements took about 85 minutes. The final jury, consisting of seven women and five men, took just over an hour to take the side of the prosecution.