The head of the control Department at Danske Bank Anders Maynert Jorgensen resigned in connection with the scandal related to money laundering, which erupted in the last four months.

Jorgensen resigns amid a series of revelations, possible money laundering has been identified in the Bank’s branch in Estonia. The latest news appeared last week, when due to a new Bank data leak, it became possible to estimate the total amount of money laundered through the Bank, 8, 3 billion dollars.

Let us recall that the Danish business publication Berlingske conducted its investigation regarding the activities of the Estonian branch of Danske Bank. The publication found out that the Bank was laundered about 7 billion euros, this figure is twice the one that was supposed earlier. The Bank has not yet reported the specific names and names of companies that could participate in money laundering, reports OCCPR. 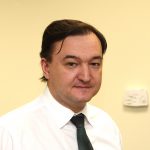 Danske Bank appeared in the” Panama papers”, the Bank also appeared in the investigation of OCCRP”Azerbaijani Laundry”. OCCRP analyzed the two-year records of four accounts at the Danske Bank branch in Estonia to unravel the complex maze of transactions explaining what happened to $ 3 million.

Danske Bank itself has also launched an investigation into the work of the Estonian branch on money laundering between 2007 and 2015. “Over the past year alone, we have sent almost 9,300 reports to the authorities regarding suspicious issues,” the Bank said.

As the investigation began in April, Danske Bank’s shares fell by almost 25%.

“Anders maynert Jorgensen has made a great contribution to strengthening compliance work within the Group,” said Thomas F. Borgen, CEO of Danske Bank, in a comment to OCCRP.

“I am sad to see him leave Danske Bank and would like to thank him for his efforts that have helped ensure that the compliance activities of Danske Bank are at a different level. I wish him all the best in his future career, ” he said. 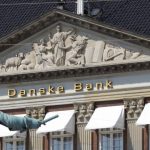