The head of the Ministry of Finance of Malaysia in 2016 was accused of abuse of power: allegedly, while serving as chief Minister of Penang, he illegally received a two-storey Bungalow below market price. In addition, he was suspected of having approved an application to convert agricultural land into a public housing area in the southwestern district for the company Magnetic Emblem Sdn Bhd. 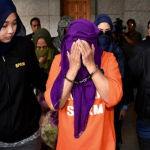 You may also like The former head of foreign intelligence of Malaysia, was arrested on suspicion of corruption

According to the laws of Malaysia, he could be sentenced to imprisonment for up to 20 years and a fine of up to five times the amount of bribes, Reuters reports.

Lim was then the leader of the opposition, and his accusations were perceived by his supporters as a politically motivated move by then Prime Minister Najib Razak. Najib unexpectedly lost the General election earlier this year to Mahathir Mohamad.

After the judge acquitted the official, lim Guang eng thanked his lawyers and told the press that the “unbearable stress” of the last two years had finally gone away.
Lim, a former banker and chartered accountant, was appointed Minister of Finance in the Mahathir Cabinet in may. Prior to that, lim was the chief Minister of Penang, a state in Malaysia located on the Northwest coast.

The Malaysian anti-corruption Commission (MCC) issued a statement saying that MCC was shocked by the decision of the Penang island High court to drop charges against lim Guan ang. 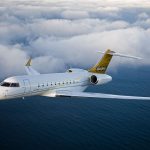