Audi CEO Rupert Stadler arrested in Munich after last week in his apartment were searched. Top Manager of the company accused of involvement in the so-called “disilicate” scandal with the exhausts of diesel engines.

According to Fortune, the Munich Prosecutor’s office arrested Stadler because of the potential risk that he might try to pressure witnesses or influence evidence related to the scandal.

A Volkswagen spokesperson, whose unit is Audi, confirmed the arrest of Stadler Reuters, saying, ” We confirm that Stadler was arrested this morning. There is a hearing that will determine where he will be.” According to him, the “presumption of innocence”is applied to the Stadler. 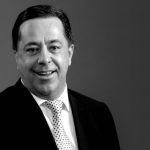 You may also like Steinhoff CEO probed for corruption

Last week, Munich prosecutors announced the start of a preliminary investigation into Stadler and another Audi Board member suspected of fraud. At the same time, a search was carried out in the Stadler’s house.

Volkswagen also last week agreed to pay a fine of 1 billion euros (1.2 billion dollars. Stadler has been the CEO of Audi since 2007, and has been a member of the Board of Directors of VW Group since 2010. He became the biggest figure who was taken into custody in connection with the scandal.

In 2015, the Agency for environmental protection, the U.S. has determined that Volkswagen violated the control of emissions of its diesel vehicles to meet US standards for emissions during the tests. The car was equipped with special equipment, which underestimated the emission level during the tests.
Currently, the concern is awaiting trial in 55 countries and faces investigation into stock market manipulation in Germany. According to Bloomberg, the automaker has allocated more than 27 billion euros for the payment of fines and costs . On “diesel scandal” are already 20 accused. 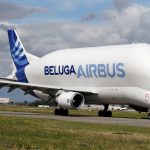 You may also like Germany: Airbus To Pay US$ 99 million For Unexplained Payments