A British court sentenced two former leaders of Afren Plc, a company engaged in oil and gas production, to six years in prison for fraud against The company.

Former chief Executive officer Osman Shahenshah and former division chief Shahid Ulla were found guilty of fraud and money laundering by a London jury last week. Two men were found not guilty on separate charges in connection with the ransom of the leadership of one of the business partners of Afren, Bloomberg reports. 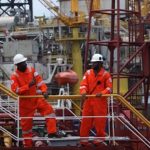 Shahenshah was sentenced to six years, and Ulles was given five years. Both will serve half the sentence until they are released on their word of honour.

“You thought that you are above the law and so smart that no one will ever know your faults,” said judge Michael Gledhill Shahenshah.

Prosecutors At the Bureau of serious fraud investigation ( SFO) said that two men earned more than $ 17 million from a pair of side deals with Afren partners. They made deals after the shareholders ‘ meeting in 2013, forcing them to drastically reduce their multi-million dollar compensation packages.

Afren’s administrators claim that the alleged fraud resulted in the death of The company and recover damages in excess of $ 500 million from the defendants and the Nigerian partner in a separate civil suit.

Afren, a natural gas and oil exploration and production company, was on the FTSE 250 list of the 250 largest companies listed on the London stock exchange and reported revenues of $ 1.6 billion in 2013. The company collapsed in 2015 after detecting fraud. The company appointed administrators after failing to restructure $ 863 million in bonds.