The European court of human rights (ECHR) made a final decision in the case of Vasilevsky and Bogdanov V. Russia: Russians complained of violation of rights to compensation for illegal imprisonment because of the small amounts paid. The ECtHR awarded each applicant EUR 5,000.

Alexander Vasilevsky remained in custody longer than he should have been, as the courts did not count the time he spent in the remand prison during the total duration of his sentence in violation of the applicable internal regulations. In response to the repeated complaints of Vasilevsky, on 7 may 2007, the Belogorsky district court of the Amur region corrected this error and admitted that his sentence expired on 26 February 2006. Vasilievsky was released on 13 June 2007. He requested compensation for the 472 days he had illegally spent in detention. 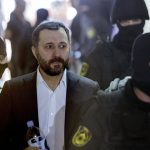 You may also like Former Moldovan Prime Minister sent to prison for corruption, appealed to ECHR

On December 13, 2013, the Blagoveshchensk city court of the Amur region awarded him 150 thousand rubles as compensation for moral damage. Alexander Vasilevsky appealed, but on February 28, 2014, the Amur regional court rejected his petition.

The second Complainant, a resident of the Novgorod region, Jan Bogdanov, was found guilty in 2006 of supplying drugs on four separate occasions and sentenced to 12 years ‘ imprisonment. On 20 March 2013, the Supreme court of the Russian Federation recognized, citing the court’s case law under article 6 of the Convention, that the police had incited Bogdanov to commit three of the four crimes. The court ruled that part of the evidence was inadmissible, annulled his conviction in that part, reduced the sentence to six years ‘ imprisonment and ordered the immediate release of the prisoner.

By that time, Bogdanov had spent 119 days in custody in excess of the six-year term. He appealed to the court to compensate for the damage in connection with his illegal detention. March 13, 2014 Valdai district court of Novgorod region awarded him 80 000. rubles. However, on July 9, 2014, the Novgorod regional court reduced the premium to 15 thousand rubles, citing “the circumstances under which a criminal case was opened” and “the category of the offense with which Bogdanov was associated.” On September 30, 2014, the regional court rejected the appeal filed by Bogdanov.

Both applicants complained of a violation of their right to compensation for unlawful imprisonment due to the small amount of compensation (article 5.5 of the Convention for the protection of human rights and fundamental freedoms). They assumed that the subsistence level was not an appropriate means of assessing moral damage and calculating compensation. The amount of compensation, in their opinion, should be determined on the basis of the pain and suffering that resulted from the illegal deprivation of liberty. 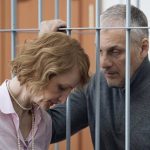 In its responses to the complaints, the Russian government argued that the task of the European Court was not to question the findings of national courts. The amounts awarded were, in the opinion of the authorities, fair and sufficient compensation for the moral damage caused to the applicants as a result of their unlawful detention. These sums of money corresponded to living income in Russia and purchasing power. The government also noted that article 41 of the Convention should be applied in accordance with the established case-law of the ECHR.

The Court found that the applicants ‘ right to compensation for unlawful deprivation of liberty had been violated by the small amount awarded to them in national proceedings. In such circumstances, the ECtHR pointed out, the applicants ‘ suffering cannot be compensated only by the discovery of a violation. As a result, the ECtHR obliged Russia to pay each applicant 5 thousand euros.

The ruling also sets out the special opinion of judge Georgios Sergides, who pointed out that the amount awarded by the ECHR discredits the essence of the right to compensation in accordance with article 41 of the Convention, making it theoretical and illusory, and not practical and effective. He pointed out that, in all the circumstances of the case, compensation of € 5,000 was minimal and could not be considered fair. In addition, its award to each applicant resulted in their being disproportionately equalized in terms of suffering.

“The period of illegal detention of the first applicant was 472 days, the second-119 days, respectively, the first term was three times more than the second. Given such a large difference, applicants cannot be considered to be on equal terms. In cases where the amount of monetary compensation awarded to two persons completely ignores the principles of proportionality and equality, the principle of efficiency under article 41 of the Convention is not observed,” Georgios Sergides explained.