Alexander Nicks, a former CEO of Cambridge Analytica, may be suspected of embezzling $ 8 million belonging to his data analysis firm.

The newspaper the Financial Times, citing its sources, said that Alexander Nicks stole money soon after media reports about the involvement of Cambridge Analytica to the scandal about the disclosure of Facebook users.

Investors who supported the change of the company name from SA to Emerdata, found that right before the bankruptcy of the company from its accounts lost 8.8 million dollars. At the beginning of this year, SCL Group and Emerdata attracted 19 million dollars from major international investors. Investors demanded an increase in the number of services offered and the expansion of the scope of work. As a result, the money quickly ran out after the payment for the services of suppliers and advertisers. At the same time, investors assume that part of the money was taken by Alexander nix. 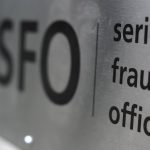 You may also like U.K. Recovers Millions Lost in a Canadian Energy Corruption Case

Cambridge Analytica Ltd was launched in 2013 as a branch of the SCL group . In 2016, CA worked for Donald trump’s presidential campaign, as well as for the campaign to withdraw Britain from the EU. The role of the CA in these campaigns is controversial and subject to ongoing criminal investigations in both countries. Political scientists ask CA questions about the effectiveness of their methods of targeting voters.

In March 2018, several media outlets reported on the business practices of Cambridge Analytica. The New York Times and the Observer reported that the company had acquired and used personal information about Facebook users from an external researcher who told Facebook that he was collecting it for academic purposes. Soon after, nix told a number of media outlets about “special methods” to discredit a number of politicians, in respect of whom the company conducted investigations. In response to media reports, the UK authorities issued a search warrant on the company’s servers. acebook banned Cambridge Analytica from advertising on its platform, saying Facebook had been tricked. March 23, 2018 the Supreme court of the UK search warrant at the London offices of Cambridge Analytica. 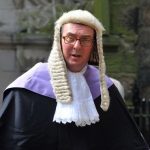 You may also like ‘Corruption in its purest form’: What judge told council boss who awarded wife £150k cleaning contract