The former king of Spain Juan Carlos was in the center of the scandal: the public were presented audio recordings of his former girlfriend Corinna zu Sayn-Wittgenstein, which give reason to believe that he was involved in fraud and money laundering.

Spanish media published audio recordings, which, according to experts, was the former lover of the ex-king, a German noble Corinna zu Sayn-Wittgenstein. The voice of the woman on the record speaks out with accusations of corruption and money laundering against Juan Carlos, elpais reports. 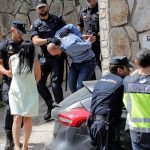 The record says that Juan Carlos could have been involved in the illegal actions of his son-in-law Inaki Urdangarin , who was sentenced last month for corruption and tax evasion to imprisonment for five years and ten months.

In addition, the monarch allegedly deposited money in his cousin’s Swiss Bank account and bought land in Monaco and Morocco on his behalf. The woman also reported that Juan Carlos could illegally withdraw money from the contract for a high-speed train with Saudi Arabia.

The talks between the woman and the retired police chief are likely to date back to 2015.

Almost 8 million euros are allocated from the budget for the maintenance of the Royal house of Spain annually. The current revelations caused prakticheski “political earthquake”. The left coalition of Unidos podemos is going to demand the creation of a Commission of inquiry, but for this it needs to secure a majority in the lower house of the Spanish Parliament. But the left is still alone, because too great is respect for the monarchy, whose role is enshrined in the Constitution. The country’s government, in turn, is trying to minimize the hype around the monarch.

So far, the Royal house has not commented on the revelation. On the records, Sayne-Wittgenstein States that the representatives of the national intelligence center of Spain threatened her, and also conducted two operations in order to take possession of materials related to the monarch, which had a German aristocrat.

Spanish intelligence has submitted a request for a meeting in Congress behind closed doors on this issue. 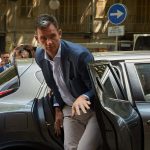