Former South Korean finance minister  Choi Kyung-hwan was convicted of bribery: he was sentenced to five years in prison.

The court in Seoul sentenced former Finance Minister Cho Kyung-hwan to five years in prison for taking bribes from the National Intelligence Service while he held the posts of Deputy Prime Minister for Economic Affairs and Finance Minister, reports Korea Herald.

Choi, who is currently a deputy from the main opposition Freedom Korea party and close to former President Pak Kun He, was arrested in January 2018 for receiving 100 million won from the National Intelligence Service (NIS) in October 2014.

Prosecutors demanded an eight-year prison term for Choi. According to prosecutors, the bribes were intended to ensure that Choi, using his influence, prevented the reduction of offshore NIS funds, as liberal opposition parties sought to reduce the funding of the service on the grounds that the use of such funds can not be traced.

The court found Chai guilty that he had an undue influence on the NIS funds, and sentenced the ex-minister to imprisonment for 5 years and a fine of 150 million won.

Recall that in 2016, former South Korean President Pak Kin He, who is currently in prison for money laundering and corruption, was subjected to impeachment. On April 6, 2018, the Central District Court of Seoul sentenced  Park Geun-Hye  to 24 years in prison and a fine of $ 16.8 million (charges: corruption and abuse of authority while in office)

Ex-Minister Choi himself stated: “I swear by my 40 years of public life that I have never received 100 million won.”

Choy’s lawyers said that the accusation was aimed only at “political retaliation”. According to them, Choi was always clean when it came to bribery, and he did not accept any illegal money. 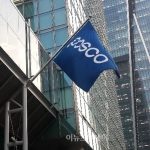