A Romanian court sentenced one of the country’s most controversial politicians to six years in prison for bribery.

The high court of cassation and justice delivered its verdict on Tuesday for Elena Udrea, former Minister of tourism. This is the final decision. Udrea fled to Costa Rica this year pending his appeal and called for re-examination, reports chronicleonline.

The court agreed with the charge: it was found that because of the Minister Udrea, who held the post from 2008 to 2012, lost about 2 million euros, due to the fact that the Ministry of tourism illegally gave money to the company that organized the Boxing match. Firm controlled by a former Romanian boxer Rudel Obreja. The payment was disguised as a contract to promote Romania’s image through this sporting event. We are talking about a Boxing match called “Gala-booth” between the Romanian Lucian Bout and the Frenchman Jean-Paul Mehndi.

The former Chairman of the Boxing Federation of Romania Rudel of Abraha also received a five-year prison sentence for tax evasion.

Currently, Elena Udrea, who was known as the protégé of former President Trajan Basescu, lives in Costa Rica. One of her lawyers stated that Udrea had been granted political refugee status in the country of Central America. 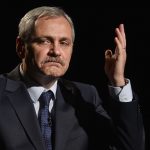 You may also like Voting to survive: Romanians elect mayors despite corruption record