The former President of the Philippines is suspected of corruption at $ 1.67 billion
Skip to content

Former President Stands Cojuangco Simeon Aquino III convicted of corruption: he is suspected of translation of 1.67 billion U.S. dollars of state funds in the program, which the Supreme court later declared unconstitutional.

The investigation is occupied by the special Prosecutor’s office, whose representative said that the former President was charged because of his decision to transfer $ 1.67 billion from public funds to a program that the Supreme court later declared unconstitutional, khmertimeskh reports. 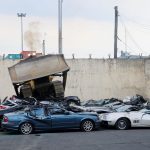 You may also like Porsche pummeled, Corvettes crushed as Philippines’ Duterte shows he’s tough on tax-dodging

According to special prosecutors, Aquino is responsible for the” illegal distribution ” of funds for projects that have not been approved by the Philippine Congress.

Money has become a source of disputes in the period from 2010 to 2016, when critics claimed that he used these funds for the support of the legislators to impeach the President of the Supreme court of the Philippines, which the Senate later convicted of failure to declare their assets.

The ex-President himself denies any accusations. However, if found guilty, he may be imprisoned for six months to six years.

In 2014, the Supreme court of the Philippines declared Aquino’s decision to transfer funds unconstitutional. 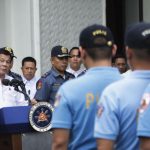