Former Comor President Ahmed Abdallah Mohamed Sambi was officially accused of corruption and embezzlement of public funds in connection with the scheme of selling passports of his country, the Prosecutor’s office and court documents reported.

Ahmed Abdallah Mohamed Sambi, who was previously interrogated and placed under house arrest, will also be formally detained to prevent him from fleeing the country or obstructing the investigation by passing information to other individuals accused of involvement in the scheme.

Samby’s lawyer said he was being held in “prison” conditions. The former President, who was in power from 2006 to 2011, had previously denied all charges against him, Reuters reports. 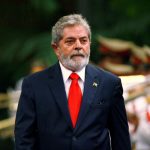 In 2008, the country has been running a program for the sale of passports as a way of getting the much-needed cash.

The Islands agreed on transactions with the governments of the United Arab Emirates (UAE) and Kuwait, which wanted to provide passports to stateless persons – Bedouins. That is, governments buy a passport of the Comoros, and then distribute them among the Bedouin.

However, as a result of an investigation conducted by the Parliament of the Comoros in the beginning of this year, it was revealed that thousands of passports were sold outside of official channels via the “mafia” network, and at least $ 100 million were lost.

A study conducted by Reuters in June found that some of these passports were eventually purchased by Iranians, many of whom were involved in sectors that were subject to international sanctions in Iran.

A court document dated August 20, which was seen by Reuters journalists, showed that samby and his associates are also accused of forgery and falsification of records. The document says that samby abused his relative freedom to contact other individuals who were involved in the scheme, and is still free to pressure them to hide evidence to undermine the investigation.

Another ex-President Ikililou Dhoinine, who replaced Sambi, and 10 other high-level officials from their administrations were banned traveling abroad, but they were not charged.

Neither the document nor the Prosecutor gave details of when a trial might take place.

Mahamud Ahamada, one of Sambi’s lawyers, confirmed that the ex-President was being accused and the restrictions on him were tightened even though he was still sleeping in his own house.

“Samby no longer has access to his phone, and the conditions of his detention are prison,” he said. “I think he was arrested and charged in connection with the issue of passports”.

Samby’s lawyers contested his house arrest and argued that the move was an attack on democracy in the Comoros.

The current President, Azali Assumani, has just won a referendum that will extend the presidential term and complete the system of rotating power between the three main Islands of the archipelago. 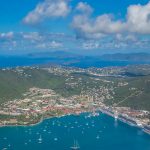 You may also like Ex-Senator of the U.S. Virgin Islands convicted of fraud with Federal funds