Federal judge Claudio Bonadio. he presented an indictment against the ex-President of Argentina Christina Kirchner . However, the arrest until she faces due to the fact that she holds the post of Senator, which gives her immunity from prosecution.

“The former President of Argentina Cristina fernández was at the head of a large-scale corruption chain. At least 87 times, bags of cash were delivered to her private home at the corner of Junkala and Uruguay in Buenos Aires,” Federal judge Claudio Bonadio said in his indictment. It is reported by the Guardian.

The document says Fernandez received bribes from construction companies in exchange for public works contracts for two presidential terms in 2007-2015. The judge noted that a wide corruption network consisting of business people and government officials was created by Fernandez’s husband and predecessor Nestor Kirchner during his presidency in 2003-2007. He died of heart failure in 2010. 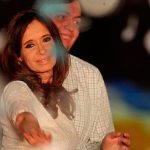 “During the reign of Nestor Kirchner, an illegal collection system was put in place, which continued during the presidency of his wife Christina Elizabeth Fernandez,” the judge said in the indictment. Fernandez and her husband “were the ones who gave orders to develop the maneuvers studied, as well as their ultimate beneficiaries.”

A corruption scandal broke out in August when the main Argentine newspaper La Nación published “driver’s notebooks” kept by the driver of the former planning Minister from the government of fernández. The records referred to bags of cash allegedly delivered to government offices and Fernandez’s private residence.

However, the indictment with the use of bombs leading to the arrest of the former President, who now holds the post of Congressman. As a Senator, Fernandez enjoys immunity from arrest, although she is not immune from prosecution.

Judge Bonadio, who leads the investigation, has requested that Fernandez be removed from his parliamentary powers, but this request is unlikely to find the support needed to vote in the Senate.

“It is necessary to continue this investigation until we fully find out how these illegal payments were structured, at least in relation to officials who were part of the former Ministry of planning and related entrepreneurs,” the indictment says.

The scandal involved dozens of former officials and businessmen from the construction sector.

Although fernández was previously accused on other occasions, she still enjoys broad popular support and is expected to run for President next year.

More than 12 people were arrested in this case. These include business leaders and former officials who worked in the Fernandez administration for 2007-2015.

The lack of evidence that Fernandez was receiving the alleged bags in cash in person is not proof of innocence, the judge said. “The fact that the supply of money was not transferred personally to Fernandez, does not prevent her to be responsible for these events,” – said in the indictment.