The former property Manager of the Swiss Bank Julius Baer Group Ltd. confessed to complicity in the laundering of a billion dollars seized from the Venezuelan state oil company less than a month after he was arrested for his alleged role in the conspiracy.

44-year-old German Mathias Krull, having a residence permit in Panama, admitted in Federal court in Miami that he helped launder $ 1.2 billion stolen from Petroleos de Venezuela, SA (PDVSA) state oil company of Venezuela, which has a monopoly on the production of oil and natural gas on the continental shelf and Maritime of Venezuela, according to Bloomberg. 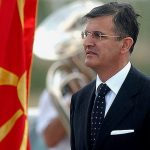 The fraudulent scheme kicked off in 2014, when several suspects from Venezuela received $600 million PDVSA and launched a complex currency exchange scheme to steal that amount. Some of this money was laundered through the purchase of real estate in Miami, which allowed their profits to grow. By may 2015, the amount had doubled to $ 1.2 billion.

Krull admitted that he had attracted private clients, particularly from Venezuela, to Julius Baer Group Ltd., which is a Swiss multinational private Bank founded in Switzerland. His clients were Francisco Konvit of Guruguha , which on 16 August was charged with money laundering.

Krull was arrested in July and charged with using real estate in Florida and fake investment schemes to hide $ 1.2 billion. The verdict will be delivered on October 29. He faces up to 10 years in sentencing because he has agreed to cooperate with prosecutors under a plea agreement. 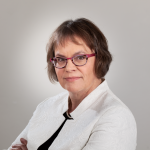