European court of justice: MEPs can spend government benefits on their "personal needs"
Skip to content

Members of the European Parliament ( 751 people) are not obliged to inform the public about what they do with tens of millions of euros annually in the form of benefits from taxpayers, such a verdict was made by the European court.

“I don’t know if they understand what they did. To put it mildly, we are shocked, ” said Anushka Delic, an OCCRP-related journalist. Delic was one of 29 journalists from across the EU who filed a complaint with the European court of justice three years ago about the European Parliament’s refusal to publish documentation on how benefits – public money-are spent. 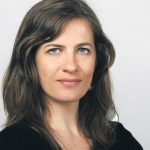 This complaint turned out to be meaningless: according to the court’s verdict, this information is the “personal data” of the members of the European Parliament. “The fact that these personal data are closely linked to public data about these persons does not mean that these data cannot be characterized as personal data.”,- it is told in a judgment.

Delic did not agree with such a verdict, the verdict of “copy-paste” previous excuses of the European Parliament for the fact that the deputies did not disclose information.

“This applies to government spending … This should not be public money that is spent on personal use,” Delic told OCCRP.

Along with a monthly salary of about 10 thousand dollars, MEPs receive a decent increase in additional benefits, including a total benefit of about 5 thousand 200 dollars per month, travel benefits that can exceed 5 thousand dollars. It has an annual staffing budget of approximately $ 29,000.

Previous investigations show that these benefits, which may cost taxpayers more than $ 72 million a year, have not been used in the right way. 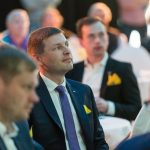 Several Polish MEPs paid for the services of fictitious employees and makeup artists on their staffing benefits.

Meanwhile, although the total allowance of $ 5,200 per month is intended to cover the office expenses of full-time members of the European Parliament, a study in 2017 showed that some MPs spend these amounts for other purposes.

42 MEPs used their allowance to pay rent to national political parties or to credit them to their personal accounts.

Another 249 out of 751 MEPs did not seem to have offices in their home countries at all, while receiving benefits.

Delic said she and her fellow journalists would appeal, adding that the decision formulated in the privacy disputes was a disappointment.

“I really expected the EU court to try to work harder,” she said.