The financial action task force on money laundering (FATF) is increasing pressure on governments to unify regulation of the cryptocurrency industry under the wing of the organization. FATF is preparing to create the first set of guidelines for a new asset class, which will be ready by June next year.

“By June, we will publish additional instructions on standards and how we expect them to be met,” explained Marshall Billingsley, President of FATF. It is reported by News BTC.

Billingsley, who is also an assistant Secretary of the Treasury for terrorist financing, added that she will carefully examine how participating countries implement the regulatory guidelines set by the FATF.

He suggested that any countries that do not comply with the rules may limit access to the global financial market, and they will be added to the black list of FATF.

FATF requires that bitcoin exchanges and companies working with crypto-wallets to obtain a license and be regulated in an attempt to prevent attempts to launder money using crypto currencies like Bitcoin and Miner.  Initial coin offerings (ICOS) will be subject to the same management policy as FATF sets.

requires exchanges of crypto-currencies and crypto wallet companies around the world to become licensed and regulated by in an attempt to prevent attempts to launder money using crypto currencies like Bitcoin and Miner. Initial coin offerings (ICOS) will be governed by the same policy as FATF.

Is the situation on the cryptocurrency market so terrible?

While concerns around the world about criminal efforts to launder money through cryptocurrencies are growing, there are conflicting reports about how serious the problem of money laundering is in cryptocurrency.

The company for data security CipherTrade published in July a report in which it was predicted that in 2018 there will be an explosion as a result of hacking of the crypto currency, the amount of money laundered will reach 1.5 billion dollars – three times more than it was laundered in 2017 – 266 million dollars.

Meanwhile, a recent Wall Street Journal report claims that only $ 88 million worth of cryptocurrency has been laundered through 46 cryptocurrency exchanges, with the bulk of money laundering occurring on ShapeShift. Eric Vorish, CEO of ShapeShift, denied these allegations. 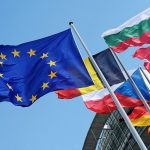 You may also like EU adopts stricter anti-money laundering rules

Another report from Japan, a country riddled with cryptographic-related crimes, mostly in the form of exchange hacks, was submitted by the National police Agency. According to him, there were only 669 cases of money laundering associated with cryptocurrencies in the period from December to April. This is much lower than the figures from traditional banks-a staggering 347 thousand cases.

The financing of terrorist organizations is another major concern of the anti-money-laundering Supervisory authority. However, Yaya’s Fanusa, Director of the Center on sanctions and illicit Finance at the Foundation for defense of democracies, told Congress last month that the terrorist organizations do not raise funds through cryptocurrency, negating any risk that these organizations launder a significant amount of digital assets.