One of the leaders of the opposition justice Party of South Korea, Roh Hoe-chan, involved in a corruption scandal, was found dead at his home, the most likely version of the incident – suicide.

The body of the legislator But the Roh Hoe-chan of the minor opposition party was discovered near his dwelling house in Seoul. The police reported that the politician jumped out of the window, leaving a suicide note, according to Washingtonpost.

“Dear fellow citizens, sorry. This is my fault, so please punish me, and I would like you to continue to support the justice party, ” the politician said in a note addressed to the party members. In the note, he confirmed that he received 40 million won (36 thousand 260 dollars) in 2016, but the money was not paid for any action by the policy . 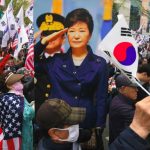 Previously, the politician was accused of receiving money from an assistant to a well-known blogger Druking , who is in prison. The blogger himself is in jail for allegedly artificially increasing the number of positive responses – the equivalent of Facebook’s “Like” feature – to tens of thousands of online comments on the well-known Naver portal that attacked or supported politicians or political parties before and after the presidential election between October 2016 and March of this year. A number of deputies are involved in this case.

Death the Roh Hoe-chan aroused the sympathy of many South Koreans. The politician was famous for his intransigence in the fight against corruption and was nicknamed “Mr. clean” for being considered absolutely spotless.

President Luna Jae-WO said that his ” heart really hurts “because of the” sad news ” about the death of Chan.

South Korea has one of the highest rates of suicide among developed countries. Lately in the media quite often there were reports about suicides of leaders from the business sector, musical artists and other celebrities.

However, if Chan’s death is officially recognized as a suicide, his suicide will be the largest in the political arena in recent years. In 2009, former President Roh Moo-Hyun committed suicide amid a corruption scandal involving his family.