The French authorities won the legal battle for the extradition of Alexander Vinnik, accused of cybercrime, the damage from which amounted to 130 million euros. The court of the Greek city of Thessaloniki on the extradition of Vinnik. His extradition was also sought by Russia and the United States.

Last week, a Greek court ruled that the alleged former BTC-e platform operator would be extradited to France, according to CNN Greece . The French authorities issued a warrant for the arrest of a 39-year-old Russian citizen, whom they accused of illegal profits in the amount of about 130 million euros. According to representatives of the French police, the money was received from cyber attacks on computer systems, which affected, including more than 100 French citizenshttps. Investigators said that the illegal profits were deposited on the BTC-e platform. 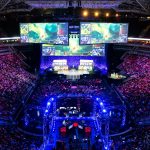 You may also like ESIC Launches Online Anti-corruption Education Tutorial

In July 2017 Vinnik were arrested in a coastal village in Northern Greece on suspicion of laundering more than $ 4 billion through BTC-e, as well as promoting hacking, fraud, identity theft, fraud, tax, corruption and drug trafficking during his stay in the digital currency market.

Initially, the lower court ordered Vinnik to transfer to the us authorities, the Russian foreign Ministry also filed a request for extradition. Vinnik himself asked to send him to his homeland. At that time, Vinnik said that the United States “have nothing to do with it” because he is a citizen of Russia, and therefore “let the court in Russia cope with this.”

Vinnik himself also challenged this decision, in court he said: “If I have committed all these crimes, why Greece does not pursue me?»

“The Greek authorities under pressure from the outside continue to aggravate the situation in our bilateral relations,” the Russian foreign Ministry said.

In may, Alexander Vinnik refused a deal with us authorities, who offered him a minimum prison sentence in exchange for a confession. He also wrote a surrender to the Prosecutor General of the Russian Federation.