57 participants of the fraudulent scheme will spend in prison up to 11 years for cheating single men on Dating sites. Criminals will also pay large fines: from 290 thousand to 4 million us dollars.

For many years, a group of criminals, many of whom are relatives, have been working on a pyramid scheme, but due to the fact that it did not bring enough profit, the criminals switched to online fraud in 2015, the South China Morning Post reports.

All participants in the fraudulent chain, regardless of age or gender, were represented on Dating sites by lonely young women who are looking for men on the Internet.

A court in Suqiang, Jiangsu province, found guilty a criminal group of more than 140 cases of fraud in the amount of more than 1 million yuan (146 thousand 700 us dollars). They were sentenced to deprivation of liberty for a term from six months to 11 years and fined from 200 thousand yuan to 30 million yuan ($292 278 thousand U.S. dollars to 4 million 384 thousand USD 170).

The court stated that this was the case with the largest number of victims and accused, which it had dealt with in recent years.

Media reported the most detailed information about the two accused, one of whom, a man named Chen “worked” with a resident of Suqian. The victim, named Liu, made friends with the” girl ” in The wechat messaging app. This fake girlfriend promised to pay Liu a visit, but then pretended to break her” mobile phone ” and get into a traffic accident, and then asked for 7 thousand yuan to cover the expenses. However, Liu suspected something was wrong and contacted the police, which was the impetus for the investigation, which revealed a group of scammers.

Another defendant, surnamed Mao, used a variety of fake profiles to search for victims in the future. He bragged about his success in friendship with “difficult targets ” on Dating sites, and was so adept that many of his victims couldn’t even believe their” girlfriends ” turned out to be a man. 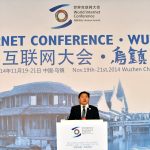