Nigerian journalist Jafar Jafar appeared before the house of Assembly of the state of Kano at the invitation of legislators. He pointed to the authenticity of the video, which showed that the Governor takes the money that was allegedly bribes from contractors.

Jafar Jafar, a daily publisher of the Nigerian website, has declared to deputies of the house of Assembly of Kano state that the editors invited representatives of Amnesty International to verify the video, which indicate the corruption relations of Governor Abdullahi Umar Ganduje. It is reported by Africa News. 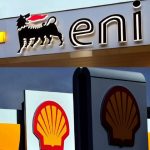 The Governor of Kano state, Abdullahi Umar Ganduje is under parliamentary investigation in connection with the message that he received from contractors bribes in the amount of $ 5 million.

Africanews still saw two sets of videos released by the portal, which Ganduje allegedly receives money from prospective contractors. All the amount was in dollar packs.

However, Jafar, who was accompanied by his lawyers, refused to name the contractors who agreed to help him prove the corrupt activities of the state Governor.

The Nigerian newspaper said it has a series of videos that were shot in 2017. Since then, Jafar has submitted all copies of his evidence to Parliament. 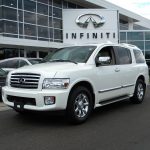 The Committee investigating these allegations also promised to verify the videos with the assistance of experts and take appropriate action, if necessary.

In the event that the Governor of the most populated state of Nigeria, Gaduja, a supporter of the incumbent President Buhari, is found guilty, he will be dismissed.