A $ 25 million contract between Crystal Run Healthcare (CRFP) and the state of new York may be corrupt. Journalists found out that the company had previously donated hundreds of thousands of dollars to the campaign of Andrew Cuomo, Governor of New York state.

The emails, allegedly received by the Times Union, raised suspicions about the process by which New York state Governor Andrew Cuomo provided state grants of $ 25 million to the CRFP medical company, which had previously donated hundreds of thousands of dollars to his campaign.

The correspondence shows that $ 25 million was provided after representatives of the medical company Crystal Run Healthcare held a personal meeting with Cuomo in April 2015. This happened shortly after New York began looking for applications for a $ 1.2 billion grant program , OCCRP reports. 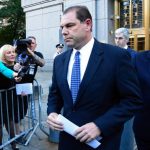 Officials insisted that the grants and projects for which the grant was granted were not mentioned during the meeting. “To be clear, the meeting was not related to the CRFP grant process,” said Gary Holmes, a spokesman for the state Department of health. Any suggestion that this meeting has had an impact on the grant process is completely false.”

However, emails from Crystal Run’s attorney General Douglas Sansted say Crystal Run executives “shared our vision of growth” at the meeting, including two projects for which the company later received a grant.

Currently, in respect of Cuomo investigated the case of donations in excess of 400 thousand dollars received from the leaders of Crystal Run and their employees. Although contributions were made by individuals, these donations were allegedly reimbursed to the company’s executives through bonuses.

Cuomo, meanwhile, insists that there was nothing suspicious about the grant.  “This was done according to objective criteria in accordance with the law of 2014,” he said in a local newspaper in Albany in early September. According to him, there is no suggestion that the company received a grant From the Department of health because of contributions to the campaign.”

Kuomo’s opponents accused him of cultivating a “pay-per-play” fundraising culture. He is currently running for a third term. 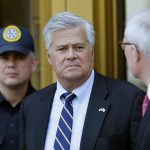