There is a nonstop flow of scandals surrounding Sberbank, the largest bank in Russia with subsidiaries all over its vast territory.  The majority of Russian businessmen get their loans for business development from Sberbank, and it is this place where they keep their profits. Businessmen from Samara did not suspect that they wouldn’t be able to get their billion worth of deposit back, and little did businessmen of the Tver’ Region know when they would lost their business worth hath the billion after requesting a loan for 137 million rubles.

Sergey Golovin, a businessman from Samara, deposited 60 million rubles in his bank account in Sberbank. For a long time Ilya Sadykov served as his personal manager. However, one fine day Mr. Golovin came to the Sberbank’s office only to find that Mr. Sadykov was gone. When attempted to withdraw the money, Mr. Golovin discovered that there was only 200,000 rubles left in his bank account.

The money just vanished into thin air. Whether they were transferred or cashed out remains unknown. Law enforcement authorities opened a criminal case on account of such fraudulent behaviour. However, they won’t disclose any information regarding the details of their investigation. According to the preliminary data, Mr. Golovin is not alone, as many clients were already defrauded by the bank in a similar manner. The cumulative damage incurred by depositors can be as big as one billion rubles.

To date Sberbank did not take any actions to resolve the situation. Mr. Golovin never received any apologies neither heard the ways to reach any kind of agreement. The head of the Sberbank’s Samara subsidiary did not even speak with businessman who lost 60 million rubles.

The next time Mr. Golovin and Sberbank’s representative meet will be on the 14th of August 2017 in court, where the businessman will demand to get his money back in full.

Won a loan – lost a business

Businessmen from Tver’, Andrei Zharov and Oleg Khromov requested a loan from Sberbank in order to build a shopping mall. 137 million rubles was provided to OOO “Irtysh” on credit that was secured by pledge with the total collateral amount of the pledged property summing up to half a billion rubles. For three years businessmen made monthly payments on a regular basis and, in total, they had paid more than 65 million rubles worth of loan interest, when suddenly the company was declared bankrupt.

Construction company “Spetsmontagestroy” filed a lawsuit to recover 30 million rubles and a bankruptcy procedure of OOO “Irtysh” was initiated. Sberbank immediately became a member of the registered creditors, despite the fact that the company never had any delays on their payments. The payments stopped only when the bankruptcy procedure began. Businessmen tried several times to reason with the executive managers of Sberbank’s Tver’ subsidiary, and even agreed to an amicable settlement of a dispute with Sergey Yuschenko, Head of Sberbank’s Tver’ office. If the Yushenko took the settlement, the owners of the company would have searched for new investors to buy the collateralized property and pay Sberbank back the loan in full. However, not a single deal was struck and soon it became apparent why.

Igor Ivanov, a local businessman, owns the company “Spetsmontagestroy”. He and his representatives made it very clear that they work closely with Sberbank’s Tver’ subsidiary.

“Spetsmontagestroy” has a share of just 12% in the register of creditors, and it would seem that they should not be the ones in command.

Nevertheless, Sberbank assigned the rights to its whole loan to the company “Logistika”, owned by the same Mr. Ivanov. While Agreement of Debt Assignment was signed during the meeting of OOO “Irtysh” creditors, property evaluation came along. And, in case of that property’s disposition, it is supposed to redeem all debts. However, all of company’s assets were valued four times below the market. This means that the total amount of sale (even if the price will not be reduced by tender) would not make up for Sberbank’s financial loss. So why did Sergey Yuschenko purposefully decreased the sum of monetary proceeds to make it less than the loan granted by the bank?

Why the whole company’s debt is in the hands of one businessman, who can easily purchase the whole property of OOO “Irtysh” at a bargain price by tender? In the end, by filling s lawsuit for just 30 million rubles Mr. Ivanov’s secured all assets of OOO “Irtysh”, i.e. the shopping mall in Tver’, the trade and exhibition center, several apartments and land parcels of proprietors, everything that they pledged to the bank.

Lawful scheme fell not so far from the criminal tree

If Mr. Yuschenko sold a debt to a company that is already a creditor and refused to sell this debt to any other companies, there is an apparent conflict of interest in his actions, or is there?

There is a rumor, that Mr. Ivanov even tried to “settle” with owners of OOO “Irtysh” by a offering them a compensation of 25 million rubles. However, they couldn’t come to an agreement before the deadline established by Mr. Ivanov. On the day when the decision had to be reached Andrey Zharov, a founder of OOO “Irtysh”, was attacked by unknown persons armed with a knife and received serious stab wounds to his face and body. The criminal case regarding this fact sits on the shelf of Tver’ Police Department and collects dust.

Moreover, the lawyer’s office (acting in the name of Mr. Zharov and Mr. Khromov) was blown up. The office situated in the residential building was burned to the ground. It is a miracle that nobody got hurt. The local prosecutor’s office still did not find enough evidence to open a criminal case regarding this matter. 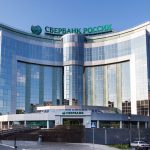 You may also like Sberbank of Russia collaborates with business: illegal takeovers, money transfers out of the country and attempted murder

Meanwhile, the lessees are fleeing from the shopping mall because they are not allowed to redeem their sales areas. Stanislav Sineokiy, bankruptcy supervisor, who was, by the way, replaced by another person last week. Sineokiy, apparently, fulfilled his duties by terminating many rental agreements and failing to to restore the previously working enterprise to health. Now it is believed that the only remedy in this situation is to sell property.

All this despite the fact that Mr. Zharov’s and Mr. Khromov’s business provided 600 new employment opportunities in Tver’ and monthly yielded millions of rubles worth of taxes.

During the company’s bankruptcy Sberbank could not have received more than 30 million rubles, because all payments during the period of bankruptcy procedures must be adjourned according to the applicable law. Otherwise, it would be interpreted as a unscheduled repayment of creditors’ claim.

However, the minds of executive managers of Sberbank and Mr. Yuschenko himself seem to be at ease regarding this matter.

Mr. Gref is going to replace lawyers with neural networks

It is not clear why Sberbank isn’t searching for ways of reconciliation with the company that was actively seeking to repay debts and bail the business out of bankruptcy.

Moreover, it’s not clear why Sberbank does not take any appropriate action to repay the money stolen from Samara businessman.

Is it possible that the unique Sberbank’s security system allowed the bank manager to withdraw 60 million rubles without the knowledge of the department executive managers? Can this be real that Mr. Yuschenko’s higher executives are unaware that he doesn’t take any steps to cooperate with clients and that he only helps other persons to expropriate the business of Sberbank’s loan debtors?

“Dear comrades, lawyers! Forget your profession”, — Herman Gref, the CEO of Sberbank, stated recently during the lecture at the Immanuel Kant Baltic Federal University. “Last year 450 lawyers, who used to prepare claims for us, were laid off. Our neural network prepares statements better than lawyers”.

Obviously, this must be the reason why Sberbank lawyers seek assistance of third party attorneys. Most likely, that is also the why regarding individual interests being more important than interests of the bank.

Why should the bank retain any lawyer services when clearly its aim is neither increasing profits, nor supporting Russian business?

It is paramount to remember, that the problems of Russian businessmen and their relationships with Sberbank became a growing concern after 2014, when Sberbank of Russia was put under the European and U.S. sanctions. By the beginning of 2015 the depositors cashed out from their accounts around 1.3 billion rubles. Since then increasingly daming media reports about Sberbank clients, who lost their businesses as a consequence of collaboration with the largest bank of the country began to appear.