Despite almost 100 per cent voter support, the anti-corruption referendum in Colombia failed to collect the required number of votes.

11 million 700 thousand Colombians came to the polls to vote in a referendum on the adoption of a package of seven anti-corruption initiatives. 99% percent of those who voted in Favor. However, not enough for another 470 thousand votes for approval of the package, said representatives of election commissions. It was necessary to gain a quorum of 12.1 million people. 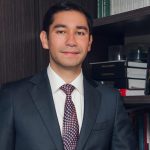 The new initiatives included tougher penalties for corrupt officials, refusal of house arrest as punishment for “servants of the people”-corrupt officials, strengthening of accountability, possible reduction of salaries to politicians, setting deadlines for legislators – only three terms.

Recently, President-elect Ivan Duque supported the initiatives, despite the fact that legislators from his conservative party openly opposed them. Dooke in a television speech shortly after the results were announced, turned to Congress with a proposal to approve the initiative.

Studies have shown that because of corruption Colombia annually loses at least 4% of its gross national product.

Currently, Colombian legislation sets senators ‘ salaries at about $ 124,000 a year, which is more than parliamentarians receive in countries such as the Netherlands, Sweden and France.