The cousin of the President Mauricio Macri together with other owners of business agreed on the transaction with the agreement on fault recognition: scandalous history with notebooks of the driver senteno served as opening of “Pandora’s box”.

Last week, it was revealed that Oscar Senteno, the driver wrote in his notebooks information about the transfer of bribes between former government officials of the government of Christina Kirschner and construction companies. The amount of money that was transferred to officials in the period from 2008 to 2015 can be estimated at $ 200 million. 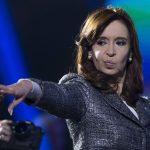 After the publication of information from the notebooks senteno, law enforcement officers began questioning various businessmen. According to local media, more than ten former government officials and business leaders, including Electroingenieria SA and Albanesi SA, have been arrested since August 6. In the group of detainees were ex-General Director of the construction company iecsa Javier Caballero and ex-head Of the construction chamber Carlos Wagner

Techint, one of the largest conglomerates in the country, said in a statement that he answered prosecutors ‘ questions and continued to cooperate after last week’s company offices came in with searches. Technit also promised to conduct an internal study.

Angelo Calcaterra, former head of the Iecsa construction company and cousin of President Macri, said during an interrogation by prosecutors that he was told by officials in the administration of former Argentine President Cristina Kirchner, to pay in cash in exchange for public works contracts, a source said on condition of anonymity to discuss the ongoing study. It is reported by Reuters. According to local media, he voluntarily appeared in court to make a deal with the investigation. The businessman said that he was forced to Finance the election companies of the Alliance “Front for victory”, which was the ruling party in Argentina from 2003 to 2015.

“The pressure was strong,” the source said.

CALLMASTER was the last artist to talk to the prosecutors on this case since last Wednesday, when the newspaper La Nacion published the contents of the notebooks that are stored by the driver from the previous administration.

Prosecutor Carlos Stornelli is investigating what he calls “a criminal conspiracy to illegally raise money” set out in notebooks. “They contain a lot of data and provide a kind of x – ray of the system,” Stornelli told local radio.

The scandal threatens to complicate a possible presidential campaign next year, Kirchner, who has been charged with other cases of corruption, but enjoys immunity from arrest as a Senator.

Representative Kirchner declined to comment on the current case, and she denied any past violations.