Liviu Dragna, leader of the Social democratic party (SDP), the ruling party of Romania, was sentenced to prison for inciting abuse of office.

He was convicted: he was sentenced to 3 years and 6 months of real time, according to the Guardian. 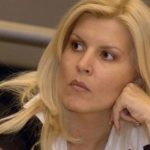 Prosecutors said that Dragnea, who held a government post in 2008-2010, was to employ two women in the social protection Agency, although they were hired by his party. Women admitted that they work for the party, although they receive a salary from the social security Agency.

By the court’s decision, the penalty was imprisonment for 3 years and 6 months. In 2016, Dragna was already on probation for two years for fraud in a referendum in 2012.

For this reason, after the victory of the SDP in the 2016 elections, he was unable to take the post of Prime Minister. Dragna is also under investigation on charges of illegal receipt of funds from European funds.