The European Central Bank  has deprived Pilatus Bank of its banking license in Malta . The Bank is at the center of several investigations, including money laundering and fraud.

The Director of Pilatus Bank has been notified by the European Central Bank that the Bank’s license has been revoked. The move comes two years after the Bank first became involved in alleged money-laundering violations. It is reported by OCCRP. 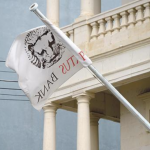 Daphne Caruana Galicia, a murdered Maltese investigative journalist, also studied the Bank’s ties with the political elite of Malta, as well as with high-ranking Azerbaijani officials. Caruana Galicia was killed in October 2017 when her car was blown up.

“The governing Council of the ECB decided to revoke the license of the Bank Pilatus of today”, – reads the statement of the Management the Malta financial services authority (MFSA).

The European Union can take further action against the government of Malta regarding their treatment of Pilatus, the EU representative said .

This summer, MFSA made a recommendation to revoke the license, but this process was slowed by legal obstacles.

Pilatus was closely monitored by the EU after the murder of Karuna Galicia. The Maltese took no action until Bank owner Ali Sadr Hashemi Nejad was arrested in the US in March of this year on charges of money laundering and sanctions violations. Following the arrest, the Maltese Department of financial services has frozen the assets of the Bank and recommended to deny the license.

US authorities suspect that Nejad smuggled $ 115 million through us banks, hiding his country’s role in the transfers and thus violated us sanctions against Iran.

According to Reuters, last year the EU banking supervisors launched two investigations into how the Maltese authorities dealt with Pilatus Bank.

One of them was closed because of the uncertain conditions in the EU policy, and the second was part of the work of the Malta financial intelligence analysis group, which works within the framework of the anti-money laundering Agency in Malta. The investigation revealed significant disruptions.