IFAC (International Federation of accountants) and IBA (International Association of lawyers), which represent millions of accountants and lawyers around the world, published a mandate to fight corruption in the run-up to the G20 Finance Ministers and Central Bank representatives in Buenos Aires later this month.

The mandate States that the two organizations are “United in the fight against corruption” in all forms, and are committed to sharing knowledge, skills and intelligence, reports the economy. 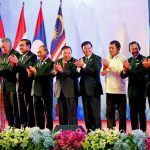 “Based on a strict code of ethics, professional accountants around the world play an important role in the fight against corruption, ensuring substantial transparency, relevance and integrity of the systems that underpin dynamic economies,” said IFAC CEO Fayezul Chowdhury. “We are proud to work with the IBA to emphasize and promote the role of our global professions in serving the public interest now and in the future,” said the head of the organization.

Mark Ellis, IBA Executive Director, said that the G20 is an important opportunity to “Remind leaders that every stolen dollar, Euro, Lira, peso, pound, Rand, real, ruble, rupee, yen or yuan deprives someone of equal opportunities in life and that everyone is responsible for combating corruption. Cross-sectoral cooperation between IBA and IFAC aims to strengthen the role and responsibility of international professions in the fight against corruption.” 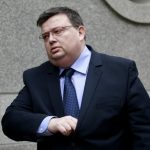