In the Philippines, all customs officials were replaced by the military
Skip to content

The President of the Philippines, Rodrigo Duterte, known for his expressive statements and actions, decided to replace all Customs officials of the country with military officers. This happened after it was found out that through the customs on the territory of the country received shipments of drugs worth billions of pesos.

“It will be the absorption of the Armed Forces in the issue of work at the same time, while we understand how to effectively solve the problems of corruption in this country,” said Duterte.

According to Bloomberg, Duterte said that among the employees of the Customs service, which is the second largest source of income of the nation, were “criminal elements”, and ordered the intelligence Agency to report directly to him.

From now on, three signatures of Navy or coast guard officials will be required to release a container from customs control. The customs police also have a so-called “floating status” when they continue to work in the Agency, but do not have a specific role, appointment or Department to which they must report.

Last week, Duterte transferred customs chief Isidro Lapene to another government post after lawmakers began investigating the alleged smuggling of methamphetamine in the amount of 11 billion pesos ($205 million). Apparently, this delivery managed to pass through customs in August. 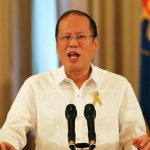 You may also like The former President of the Philippines is suspected of corruption at $ 1.67 billion

Duterte stressed that as Lapine and his predecessor, Nicanor, Faedo was “honest”, but inside the Agency was “continuing to corrupt the game,” especially among the lower levels.

Duterte also reiterated his support for Finance Minister Carlos Dominguez, who oversees the customs office, saying that he is” a very good friend “who”can work wonders for the country”.