Dutch financial conglomerate ING has agreed with local authorities to terminate the case against the Bank. ING will pay 775 million euros following the results of investigation on the subject of how the Bank’s clients launder their money, because ING could not ensure that its accounts are not used properly.

The Bank apologized, admitting that “serious shortcomings” in the structure of the Bank allowed customers with criminal intent to abuse their accounts, according to Channelnewsasia.

“ING Bank in Amsterdam accepted the settlement agreement and paid 775 million euros, as proposed by the Dutch Prosecutor’s office,” the Prosecutor said in a statement. 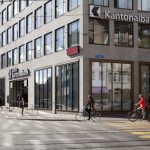 This amount included a fine of € 675 million and € 100 million in compensation for illegally obtained income. According to the Prosecutor’s office, the Bank was guilty of”serious omissions in preventing money laundering.”

“Customers can use account-ING for criminal activities for many years, virtually unchecked,” – said in the message, and added that the Bank does not let the customers in the money “hundreds of millions of euros in the period from 2010 to 2016.”

The investigation started two years ago, which revealed that ING had insufficient control over Bank accounts and did not report unusual transactions or reported it too late.”

Among the abuses that were mentioned in the Prosecutor’s office: the situation around Vimpelcom and its Uzbek business-it is that Vimpelcom gave bribes to structures associated with the family of the then President of Uzbekistan Islam Karimov, in 2016 the company had to pay a fine of $795 million in this case in the United States. According to law enforcement, an international telecommunications provider has transferred millions of dollars in bribes through its Bank accounts in ING to a company owned by the daughter of the former President of Uzbekistan.

In another case, a lingerie trader laundered 150 million euros through a Bank account in ING. “The Bank should be clear that such cash flows have little to do with the sale of underwear, and therefore are unusual,” – said the Prosecutor’s office.

When the ING monitoring system issued warnings, they were never further investigated or described by the Bank as “not unusual”.

ING said the company “recognizes the serious flaws in the conduct of the verification policy of due diligence of customers to prevent financial-economic crime at ING in the studied period”. The company also stressed that ” sincerely regret that these shortcomings have allowed customers to abuse ING accounts.”

CEO Ralph Hamers said the Bank “takes full responsibility” for the fact that the Bank did not prevent crimes. “As a Bank, we must ensure that our operations meet the highest standards, especially where it comes to preventing criminals from abusing the financial system by criminals,” he said. 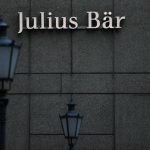 The Bank said that measures had been taken against several senior staff, including the freezing of salaries and bonuses, as well as non-payment of salaries.

The largest Bank in the Netherlands, which in 2017 received a profit of 4.9 billion Euros, warned that the settlement “will affect the results of the third quarter of 2018 ING”.