Odebrecht will pay 715.84 million dollars due to corruption charges
Skip to content

Brazilian industrial conglomerate Odebrecht, signed an agreement with the authorities on payment 715,84 million dollars in the framework of cases of corruption.

Odebrecht is at the center of a major anti-corruption investigation involving many other firms that have paid billions of dollars in bribes to win contracts with the state oil company Petrobras and other state-owned firms over the past two decades, Reuters reports. 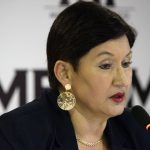 You may also like Guatemala prosecutors detail probe into Odebrecht bribes

However, after the conclusion of the agreement on the payment of 715.84 million dollars, the company will be able to sign contracts with government agencies again. Payments will be made within 22 years. This agreement will allow the company to avoid prosecution, as well as provides additional legal protection.

Representatives of Odebrecht acknowledged the damage and committed to reimburse it, as well as to cooperate with the investigation. The Brazilian authorities, in turn, will allow Odebrecht to sign contracts with government agencies again.

General controller Wagner Rosario said the deal would allow the company to re-enter into government contracts.

“This agreement allows us to move towards a return to more sustainable growth,” said Luciano Guidolin, Executive Director of Odebrecht.

Last week, Petrobras announced that it was lifting restrictions on doing business with certain Odebrecht units, and representatives of the company said that in may it could sign new contracts worth $ 3.6 billion.