The Athens Court of Appeals decided to release from ex-prison for health reasons the former Greek defense minister Akis Tsochatzopoulos, who was convicted of corruption six years ago.

The 79-year-old Tsotsatzopoulos was sentenced to 20 years in prison in 2012 for money laundering and bribery for contracts for the supply of weapons during his term of office in the period from 1996 to 2001, Xinhua reports.

As it was established in court, he received bribes in concluding contracts for the purchase of Russian air defense systems TOR-M1 and German submarines from 1997 to 2001, when he headed the Ministry of Defense.He became the most senior official who was convicted of corruption for such a long period in Greece. In 1996, he even claimed the post of prime minister of the country.

The Court of Appeal suspended the execution of the sentence to the former minister, deciding to release him from prison before hearing his appeal in the supreme court.

In April 2017, the Athens court approved his release on bail for health reasons, as he underwent a bypass operation. But he had to return to prison in November, after another court upheld his conviction. 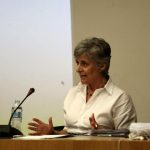 Tsochatzopoulos was found guilty of receiving 55 million euros in bribes. Part of the money investigators could not track in offshore companies, which he created with his close relatives and colleagues.

His wife Vicki Stamati, who was also sentenced to 12 years in prison for the same episodes, was released in 2015, because she was the mother of a minor child, and also because of poor health. Stamati tried to commit suicide during her imprisonment. In November 2017, Stamati filed for divorce. 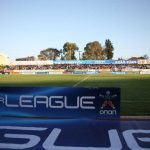 You may also like Super League chief charged with corruption