The funds were returned “through cooperation agreements and benefits concluded with individuals and legal entities” by Federal investigators and prosecutors from a massive zone probe known as operation car Wash, Petrobras said in a statement. 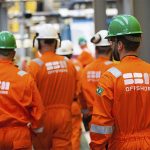 It was the biggest restitution of the company in one period since the beginning of the scandal “car Wash” (Operation Car Wash) in 2014, said Petrobras. The proceeds now exceed 2.5 billion reais, according to Reuters.

Prosecutors found that Petrobras was at the center of a network of paid schemes, embezzlement and bribery involving senior executives and politicians from all sides. Among those convicted of car Wash crimes are former President Luis Inacio Lula da Silva, who is serving a 12-year sentence for taking an apartment as a bribe.

Recall that in 2017, the former President of Brazil, Luiz inácio Lula da Silva was sentenced to 9.5 years in prison, including for illegally obtained 747,8 thousand dollars from a construction company OAS in exchange for assistance in obtaining contracts with Petrobras. In addition, 11 years received a former President of Petrobras  Aldemir Bendin, convicted of corruption and money laundering.

The current President, Michel Temer, is accused of corruption episodes in a separate investigation relating to a large company for meat processing JBS.