The government is working to free the housing sector from corruption and intermediaries, Indian Prime Minister Narendra Modi said.

“We are working to free the housing sector from intermediaries who provoke corruption, as well as to ensure that all people can easily get their own homes, “said Prime Minister Modi, addressing the participants of the affordable housing program Pradhan Mantri Awas Yojna (PMAY) – “Housing for All”. It is reported by zeenews.india.

Pradhan Mantri Awas Yojana (PMAY) is a program implemented by the Indian government, through which affordable housing is provided to low – income citizens. By March 31, 2022, Indian authorities promise to build 20 million affordable homes. 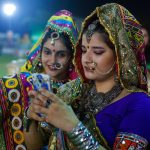 According to him, the latest technologies can revive the housing sector, as they will allow faster construction of low-cost houses for the poor in cities and villages.

“The PDAY program is connected with the dignity of our citizens. Thanks to PMAY, employment opportunities have been created for people. At the same time, we are working on developing skills to ensure faster and better construction of houses,” the head of government said.

Prime Minister Modi also said: “Everyone wants their own home. People are much happier when they have their own roof over their heads.” The Prime Minister confirmed that by 2022 all those in need should have their homes by the date India celebrates 75 years since independence. 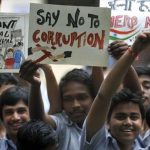 You may also like PNB-Nirav Modi scam: Why corruption has become the central political issue in India today

Previously, there were many accusations that there are multiple corruption violations in the implementation of the program. The complaints relate to extortion of bribes by officials, who determine which of the needy should join the program.