Macron's "right hand" is suspected of corruption
Skip to content

Alexis Kohler, Secretary General of the Elysee Palace, head of Emmanuel Macron‘s election headquarters, is under investigation for corruption: he is suspected of “illegal seizure of interests”, “influence trading” and “passive bribery”.

The financial Prosecutor’s office said it was checking to see if Alexis Kohler violated civil service rules when he was dealing with issues relating to the Mediterranean shipping company (MSC), the BBC reports.

The public Association “Antikor”, based on the materials of the MediaPar portal, announced the existence of close family and professional ties between Kohler – General Secretary of the French presidency and the Italian-Swiss shipping company MSC, an important client of the French shipyard Es Teix (STX). Allegedly, the company received a number of contracts from the French state and took part in the activities of the shipyard in Saint-Nazaire. 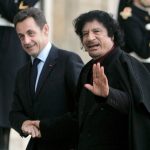 You may also like Nicolas Sarkozy, Ex-President of France, Faces Corruption Charges Over Libyan Cash

Antikor accuses Collier, 44, of having agreed to represent the state on the Board of STX France from 2010 to 2012, although there was a clear conflict of interest because the MSC was founded and managed by his mother’s cousins. In 2016, Alexis Kohler went to MSC as CFO, but then went to work for macron when He took the post of President.

Elysee Palace has repeatedly stated that Alexey Koler in his work strictly observes all ethical norms, Recalling that he does not hold any positions in EMC.

Alexis Kohler, one of the President’s closest aides, denies all charges. The Elysee Palace also dismissed the charges against Alexis Kohler as” completely unfounded, ” saying Kohler was no longer involved with the MSC, adding that the Secretary General was fully complying with the law. 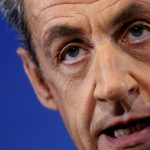