Iraqi Prime Minister Haider al-Abadi dismissed the head of the Ministry of electricity after weeks of protests against corruption and chronic power outages.

In a statement, the Abadi Cabinet said that the Prime Minister fired Kasem al-Fahdawi, whose care was demanded by the protesters – “because of the deterioration of the situation in the electricity sector”, Dailymail reports. 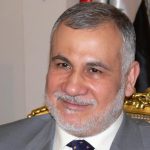 In addition, the head of the Department removed from office is prohibited from travelling abroad and within the country until the investigation into allegations of corruption is completed. This Agency was reported by sources in the country’s law enforcement agencies.

Earlier, Iran’s government took the decision to suspend the export of electricity to the South of Iraq because of the debts that led to mass protests in various cities of the region. The situation was aggravated by the established in the southern provinces of the country 50-degree heat.

For three weeks, mass protests were held throughout Iraq, during which demonstrators opposed the deterioration of social conditions, water and electricity, unemployment and corruption.

First, protests erupted in the oil-rich southern province of Basra, where Iraq’s only seaport is located, before spreading to neighbouring regions and North to Baghdad. 80 per cent of Iraq’s crude oil exports are produced in Basra. 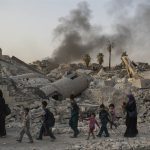 You may also like Corruption, the second major challenge for Iraq

In Iraq, the lack of electricity has become chronic, the country has suffered from a number of conflicts that have destroyed its infrastructure. According to officials, after the overthrow of Saddam Hussein in 2003, Iraq allocated a total of $ 40 billion to restore its electricity network. But households receive only a few hours of electricity per day, as some of the funds allocated appear to have been appropriated.

We will note, two previous Ministers of the electric power industry were accused of corruption, including, for fake contracts for millions of dollars.

In 2010, one of Fahdawi’s predecessors, Karim Wahid, resigned after a series of protests in Central and southern Iraq.