The Prime Minister was interrogated by the anti-corruption unit at the Prime Minister’s residence in Jerusalem for four hours on suspicion of corruption with the telecommunications company Bezeq Telecom Israel, which is owned by businessman Shaul Elovic, Ynet reports. 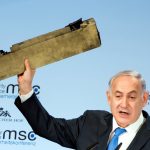 You may also like Confidant of Israel’s Netanyahu turns state witness in corruption case: media

According to investigators, the portal Walla, which belongs to the telecommunications company Bezeq, published custom materials about Netanyahu and his family, forming a positive image of the policy. In exchange, the Prime Minister provided all sorts of preferences to the company.

Netanyahu has repeatedly denied the charges and called them “witch hunts.” No formal charges have yet been filed. So far, the partners of the ruling coalition Netanyahu supported him, saying that they are waiting for the next steps of the Prosecutor General. However, if the Prime Minister is charged, he may resign.