Guatemalan President Jimmy Morales said that he had dissolved the UN-funded Commission against corruption, which had influenced the initiation of a number of high-profile corruption investigations. The head of state himself can become involved in the corruption case.

Jimmy Morales informed the UN Secretary-General of his decision to cancel the mandate and “immediately” start transferring the organization’s capabilities to Guatemalan institutions. Later, the government said in a statement that the Commission will work until September 3, 2019 in a transitional regime, according to CBC.

The decision to dissolve the Commission marks the end of a long history of friction between the President and the international Commission against corruption in Guatemala (CICIG).

In August 2017, Morales announced that he had fired the Commission’s chief, Ivan velázquez, but the move was quickly blocked by Guatemala’s Supreme court. 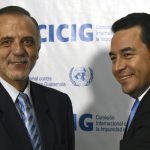 You may also like Guatemala removes investigators from anti-corruption panel

At the time , Morales declared velázquez persona non grata and dismissed his foreign Minister for refusing to comply with the expulsion order of velázquez, but he later retreated and said he would obey the court’s decision.

Morales accused the Commission of” violating our laws, encouraging people and institutions to engage in acts of corruption and impunity “and”selectively prosecuting with ideological bias”.

“Selective justice was used to intimidate and terrorize citizens,” he said. “Judicial independence has been violated for the purpose of manipulating justice – actions against the presumption of innocence and due process.”

The announcement by the head of state was immediately met with criticism from officials and human rights defenders. “We sincerely regret the big mistake that the President is making without renewing the mandate of the CICIG,” said Guatemalan human rights Prosecutor Jordan Rodas. “We are grateful for his valuable contribution to the country in the fight against corruption and impunity.”

Morales was previously suspected of receiving at least $ 1 million in undeclared contributions during the 2015 campaign. He denied wrongdoing.

Last week the country’s Supreme court allowed a request filed by prosecutors, CICIG and Guatemala, to remove his immunity from prosecution that the Congress could be considered a question on excitation of criminal case. If 105 deputies voted in favour of the request, it could open it to an investigation into the possible financing of the illegal campaign.

“I think there is a conflict of interest and President Morales’ attempt to try to protect his interests in light of the ongoing investigation, ” said adriana Beltran, Director of citizen security at the Washington office in Latin America, which advocates for human rights in the region.

Beltran said that CICIG and velázquez have made significant progress in strengthening the rule of law in Guatemala, despite constant attacks and attempts to undermine their work, and that much more needs to be done.

Under the sights of machines

The Commission released video security cameras, which shows a dozen military jeeps, which occupy a position behind the fence of the headquarters of the Commission, some cars are equipped with soldiers with machine guns. CICIG spokesman Mathias Ponce said they were there for a few minutes and then came back and drove without stopping.

Rodas called the deployment ” an excessive and intimidating presence.”

“This is an unnecessary military movement that reminds us of the days gone by when the coups took place, and now we are a democracy-no one is above the law,” he said, adding that he will work to ensure the safety of the Commissioner and his team ,

Press Secretary of the Prosecutor’s office Julia Barrera said that the investigation was investigated, “to find out whether any crime was committed” by deploying vehicles.

The U.S. Embassy in Guatemala said in a statement that CICIG “is an effective and important partner in the fight against impunity, improve governance and corruption in Guatemala.” The Embassy underlined that Washington will continue to support efforts to combat corruption and impunity in the country.

The Commission drove the former President

The Commission’s work with Guatemalan prosecutors had previously led to high-profile corruption cases that captured dozens of politicians and businessmen and even led to the collapse of former President Otto Perez Molin and his then Vice-President. 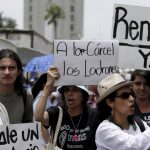