The president of the provincial council of Valencia and the mayor of Ontinyent, the socialist Jorge Rodriguez Gramach, was arrested on suspicion of involvement in the corruption case. We are talking about violations during employment at the state enterprise Divalterra.

The case was initiated after the prosecutor’s check of the alleged administrative offense and the theft of public funds in May 2018, reports lavanguardia. 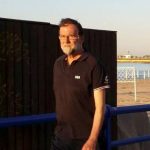 In April, citizens filed a complaint with the Public Prosecutor’s Office for Combating Corruption of alleged violations of the law when hiring top managers at Divalterra appointments of top managers of the state-owned enterprise Divalterra with a salary of 50 thousand euros a year.

However, after filing the complaint, prosecutors decided to expand the investigation into Rodriguez. The arrests were carried out as part of Operation Alkeria by agents of the Central Department of Economic and Tax Delinquency (UDEF) of the judicial police headquarters. 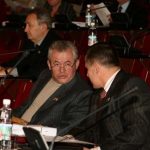 The police conducted searches in the provincial council of Valencia, the two offices of Ontinyent and the headquarters of Divalterra. The judge also permitted searches in several private homes, including the home of Rodriguez and two detainees. According to sources close to the investigation, Ricard Gallego, the head of the office of Rodriguez, as well as the managers of the company Divalterra, were arrested.

Recall retired ex-Prime Minister of Spain Mariano Rajoy now also lives in the province of Valencia, working as a regular real estate registrar in the city of Alicante.