The Romanian Parliament voted to pass a law on money laundering, a few months after the European Commission filed a lawsuit against the country in the European court of justice for non-compliance with EU legislation on this issue. 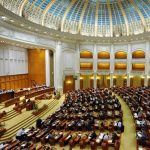 You may also like In Romania, the senators decided to exclude officials from the law on money laundering

The initial vote in the Romanian Parliament caused tension among the deputies, after the leader of the social democratic party, Liviu Dragni, who also holds the post of speaker of the lower house, demanded a second round of voting after the Deputy rejected the bill.

Dragni said the e-voting system reported an error and some of the votes cast were not taken into account.

The draft law prepared by the National office for the prevention and combating of money-laundering, which had been amended by the social Democrat party, had been seriously criticized by the opposition, as well as by numerous NGOs, in particular because it obliged organizations to declare the beneficiaries of all their projects and activities, including those that might be at risk if their identity was revealed.

“This law is clearly unconstitutional, and we will attack it in the constitutional court, “Dan barn, the leader of save Romania Union, told reporters after the vote.

Some 40 non-governmental organizations sent a letter to all political parties asking them to reject the bill. The documents say that the law will block the activities of some NGOs and reduce the number of people who seek help from NGOs.

Meanwhile, the bill also prohibits bearer shares, which allowed individuals to own companies anonymously, and provides that all bearer shares are converted into nominative shares. 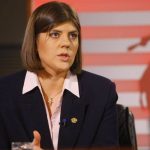 This issue has caused a lot of controversy in Romania after a powerful national anti-corruption office in the country began a survey in the road infrastructure company TelDrum, accused of embezzling European funds.

According to a report by the European anti-fraud Agency OLAF, the leader of the social Democrats Dragnea owned The company through bearer shares.

On 2 July, the European Commission sent Greece, Ireland and Romania to the European court of justice for failing to enact new legislation under the 4th anti-money laundering Directive by the June 2017 deadline.

The Commission suggested that the court should require a one-time and daily fine until the three countries took the necessary measures.