Billionaire Shari Arison was questioned in connection with the possible bribery of Kenyan officials: the construction company, which she owned until recently, was involved in a corruption scandal.

Criminal case, which was questioned by Shari Arison, associated with the company Shikun & Binui. (one of the largest construction and infrastructure enterprises in the country). Arison was a co-owner of this company for 22 years until it sold its 47.5 percent stake in the company on August 6, 2018 for 1.1. billion shekels ($296 million), according to OCCRP. 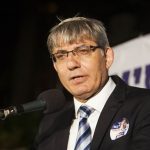 Employees of the Israeli anti-corruption organization, Lahav 433, questioned her along with Efrat Peled, who holds the position of Director General of Arison Investments, on suspicion of involvement in bribery and securities crimes related to business reports.

According to the Arison Group, Shari Arison and Efrat Peled “have had full cooperation and are confident that their behavior was not flawed … The Arison Group has no zero tolerance for any inappropriate behavior.”

The company Shikun & Binui is suspected that its employees bribed Kenyan officials to advance projects worth hundreds of millions of dollars in Kenya and other countries.

Firm Shikun & Binui Solel Boneh International Holdings (SBI Holdings) operates in Kenya. In 2010, this company was chosen for the construction of the Maus summit-Kericho-Kisumu highway, financed by the world Bank, for 14 billion shekels (3.8 billion dollars). However, since then, the company has become suspicious that other construction contracts obtained across the continent have a corrupt basis. 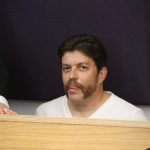 The investigation into possible corruption started in February 2018, when four current and former employees of Shikun & Binui were detained and interrogated.

While the investigation may have no repercussions for Israel’s richest woman, Shikun & Binui shares fell more than 20% after the story went public.