Escaped from Peru, a judge of the Supreme Council was arrested in Spain
Skip to content

César Hinostroza, judge of the Supreme court of Peru, accused of heading a criminal group that infiltrated the judicial system of the country, arrested in Madrid and was placed under arrest by the Spanish authorities.

The escape of judge césar Inostroza to Spain via the normal exit points of the border confused President Martin Vizcarra Peru , which made combat transplant top priority in his seven-month government, according to Reuters.

“He is now with the Spanish police, foreign agents and police attaché in Peru,” Viscarra told local media. 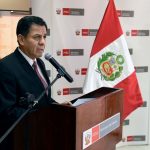 The foreigner was taken to the Spanish Supreme court, where the judge opened the extradition procedure and left him in custody, partly because of the risk that he might try to escape. The court ruled that he was not allowed to leave Peru while he was under investigation for trafficking in influence and other crimes.

“Inostrosa was fully aware of the existence of the criminal process against him in Peru, and therefore the seriousness of the charges,” said the judge of the Supreme court in the document ruling his detention, adding that the suspect’s daughter lived in Spain.

“So it’s obvious that he’s not just in Spain to see his daughter, he deliberately avoided Peruvian law by leaving the country and refusing to return.”

Hinostroza was at the center of the scandal caused by the publication of a series of telephone conversations, evidence of the existence of a corruption chain of the judges, who traded services with politicians and businessmen.

The white judge himself denies committing any crimes. 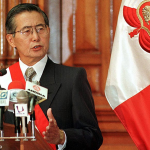 Foreign lawyer Adrian Gonzalez Baena Left a statement after the hearing, saying: “Everything is fine. I’m not saying anything else. According to the document of the Spanish court, the Foreigner asked for international asylum, saying that in Peru he faces persecution for political reasons.

Previously, Viscarra accepted the resignation of the Minister of the interior, as his government confirmed that Inostroza left the country through Ecuador on 7 October. Peru’s migration Agency reported that the judge appears to have been assisted by a government official who has since been suspended and his details have been shared with prosecutors.