The family of the murdered anti-corruption journalist Daphne Caruana Galicia accused the Maltese government of failing to investigate her death properly and called for a full public inquiry.

The 53-year-old journalist who reported on the possible involvement of the Prime Minister of Malta in offshore companies was killed in October 2017: she was blown up in her own car.

Her son, Paul Caruana Galizia, criticized the course of the investigation into her death and suggested that investigators focused too much on how she died rather than the murder itself, reports the Independent. He said he wanted to talk about the actions of Malta’s “mafia state” to find out if anything could be done to save his mother’s life.

Three Maltese was charged with the murder of a journalist. Vincent Muscat and brothers George and Alfred Degiorgio were indicted in December last year. They pleaded not guilty. The police believe that the men worked for someone, but the main customer has not yet been determined.

The journalist’s son provided a legal opinion prepared by British lawyers of the Malta high Commission in London. The document States that the government has failed in its “investigative duties”. “Malta has not been able to establish any form of investigation into the circumstances of the murder of Mrs. Caruana Galizia,” – reported in the paper.

Tony Murphy, one of the family’s British lawyers, said that Caruana Galizia family wants the country’s authorities to set up an independent Commission of inquiry consisting of Maltese and international judges.

He said the state’s involvement in the journalist’s death has not been proven, but the family “certainly cannot rule it out, given that the main targets of Daphne’s criticism in her writing and journalism were high-ranking politicians.” Murphy said the family gives the Maltese government until the end of August to respond.

If Malta does not take action, the family plans to take action in the Maltese courts and possibly in the European court of human rights. 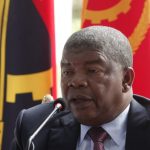 Recall that in late July, the attorney General of Malta withdrew from the Prime Minister Joseph Muscat all suspicions of involvement in the activities of an offshore company. In the investigation of Galicia said that the wife of Prime Minister Muscat owned “sink”, known as Egrant, created by the Panamanian law firm Mossack Fonseca. On July 22, Muscat stated that the investigation did not reveal any evidence of corruption or money laundering from Azerbaijan through Pilatus Bank accounts. He said his wife, close aide Kate Chambry, tourism Minister Conrad Mizzi, as well as former European health Commissioner John Dalley were also cleared of suspicion.