The son of Jacob Zuma, former President of South Africa, accused of corruption, released on bail. He is accused of collusion in an attempt to bribe the Deputy Minister of Finance.

The judge of a specialized court for cases of commercial offences in Johannesburg was released on bail after allegations of corruption Duduzile Zuma, son of former President of South Africa Jacob Zuma, reports Aljazeera. Consideration of the case on the merits was postponed to January 24, 2019.

Local news agencies said that attorney Rudy Krause confirmed that Duduzane had handed over his passport at the Central police station in Johannesburg as part of his bail agreement.

According to investigators, the son of the former President participated in a meeting between representatives of the clan Gupta living in South Africa Indian family, and former Deputy Minister of Finance of the Republic of South Africa, Mcebisi Jonas. During the meeting, the Deputy Minister was allegedly offered a bribe in the amount of 44 million dollars in exchange for the post of Minister of Finance. 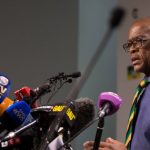 Representatives of the Gupta clan denied that there was something illegal in their relationship with former President Zuma. Duduzane, meanwhile, held senior positions in several businesses owned by the clan.

The whereabouts of members of the Gupta clan are currently unknown, and attempts to contact the legal representative were not successful.

Former Minister Jonas gave evidence that Duduzane organized a meeting between himself and businessman Ajay Gupta, in which he was offered $ 45 million to become the Minister of Finance of South Africa.

The Gupta clan was the center of numerous political scandals in South Africa related to their alleged manipulation of President Zuma. Recall, February 14, 2018 Jacob Zuma agreed to release the presidency, and his relationship with the Gupta played a role in this. Since about 2010, South African media have regularly written about the secret deals of the head of state with Indian entrepreneurs and accused Zuma of corruption, but only eight years later the ruling party decided to deal with it. On February 15, the day after Zuma’s resignation, a warrant was issued for the arrest of Ajay Gupta, and a businessman from India ran away. Later the South African authorities secretly issued arrest warrants for the brothers Adjei, Atul (Atul) and Rajesh Gupta.

The former President is also accused of corruption: he allegedly concluded an illegal deal to supply weapons worth $ 2.5 billion since the 1990s. He denies the charges, and his supporters say he is the victim of a politically motivated witch hunt. 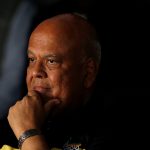